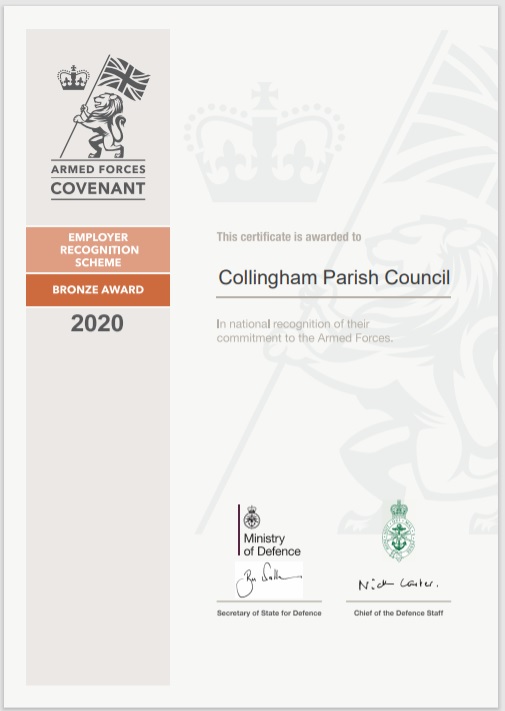 The Parish Council has achieved the Armed Forces Covenant Employee Recognition Scheme Award at the level of Bronze.

The Defence Employer Recognition Scheme (ERS) encourages employers to support defence and inspire others to do the same. The scheme encompasses bronze, silver and gold awards for employer organisations that pledge, demonstrate or advocate support to defence and the armed forces community, and align their values with the Armed Forces Covenant.

The ERS is designed primarily to recognise private sector support although public sector organisations such as the emergency services, local authorities, NHS trusts and executive agencies are also eligible to be recognised.

Pledge your organisation’s support via the bronze award or nominate an organisation for a silver or gold award via the links below.

Continue reading more on .gov about the scheme and other award levels.